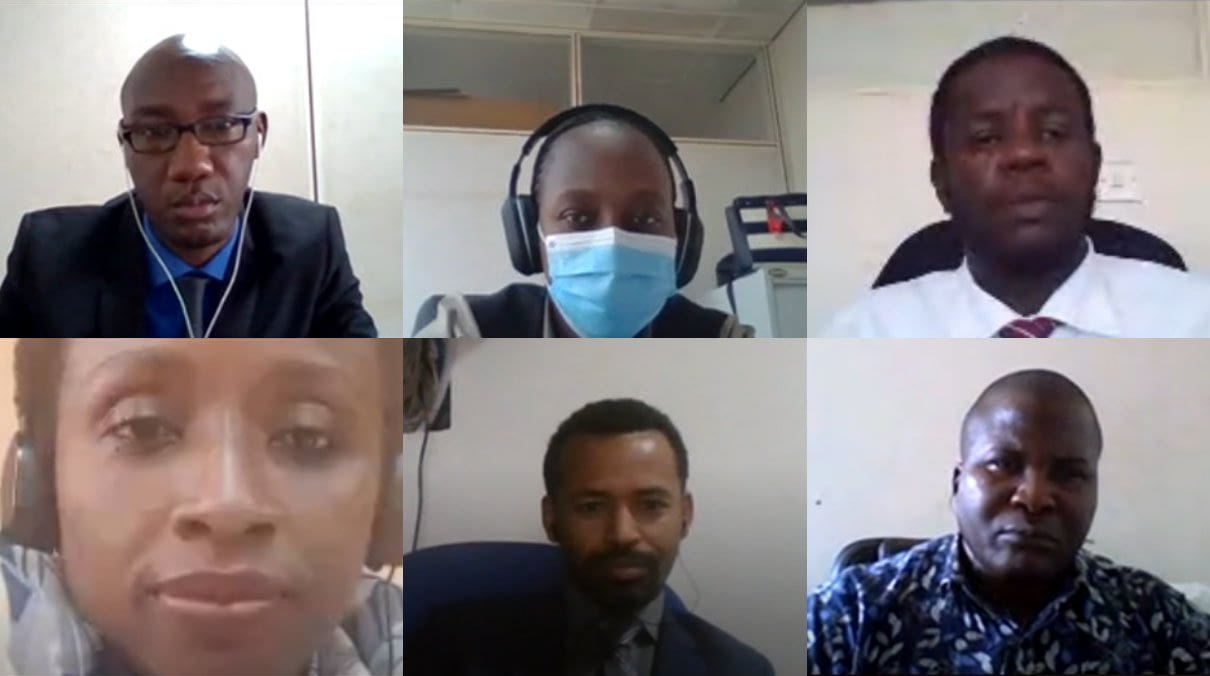 In February and March 2021, the IIJ delivered two new course iterations of its online Counter-Terrorism Academic Curriculum (eCTAC) tailored for Anglophone and Francophone practitioners. These eCTAC courses were supported by the Government of France, a founding donor of the Academic Unit along with the Governments of Denmark, France and the United States.

The IIJ Academic Unit convened the courses with the support of two experts on counter-terrorism investigations. Each course included two weeks of online learning guided by the Academic Unit’s online learning management platform as well as two subsequent weeks of live sessions. This methodology is known as a flipped learning approach and shifts direct instruction to the individual learning space prior to the online sessions, resulting in the transformation of live sessions into a dynamic learning environment where practitioners are able to apply the skills and concepts they learned.

These live sessions included six small-groups, interactive tutorial sessions for each cohort (12 in total) on “Effective Coordination Between Investigators and Prosecutors,” “Collection of Evidence for Successful Prosecutions,” and “Cross-Border Investigations.” During these dynamic sessions, practitioners presented their work in exercises on developing a counter-terrorism coordination plan, assessing intelligence and decision making in an investigation, and drafting a mutual legal assistance request. Practitioners were highly engaged and reported that the eCTAC course was immensely valuable to their work. Following the first tutorial, Mr Matthew Odu Una, Principal State Counsel in Nigeria, remarked that the tutorial was “really impactful … it became clearer to me that [counter-terrorism coordination plans] are not necessarily a one-off thing but on a case-by-case basis … Great shift there for me.”

In all, the eCTAC course consists of three main components:

In total, 36 participants (28 men and eight women), including investigators, prosecutors, and examining magistrates from Burkina Faso, Cameroon, Côte d’Ivoire, Ethiopia, Kenya, Mali, Mauritania, Morocco, Niger, Nigeria, Sierra Leone, Somaliland, Tanzania and Uganda passed the eCTAC and will now move onto the next stage, with an in-person CTAC course in 2022 on the successful prosecution of terrorism cases.

In their feedback, practitioners were very positive and appreciated the detailed feedback they received. Participants described the course as practical and rigorous. “This training was very enriching", Ms. Hadiza Malam Manzo, a prosecutor in Niger, remarked. She told the IIJ that she would “make the commitment to promote this wonderful training”, saying that it was “timely to strengthen the capacities of actors in the fight against terrorism, hence the importance of continuing to train our colleagues in the various African States.” Many other practitioners echoed these thoughts in their feedback to the Academic Unit, hoping that their colleagues would be able to also participate in this or other training courses offered by the IIJ.