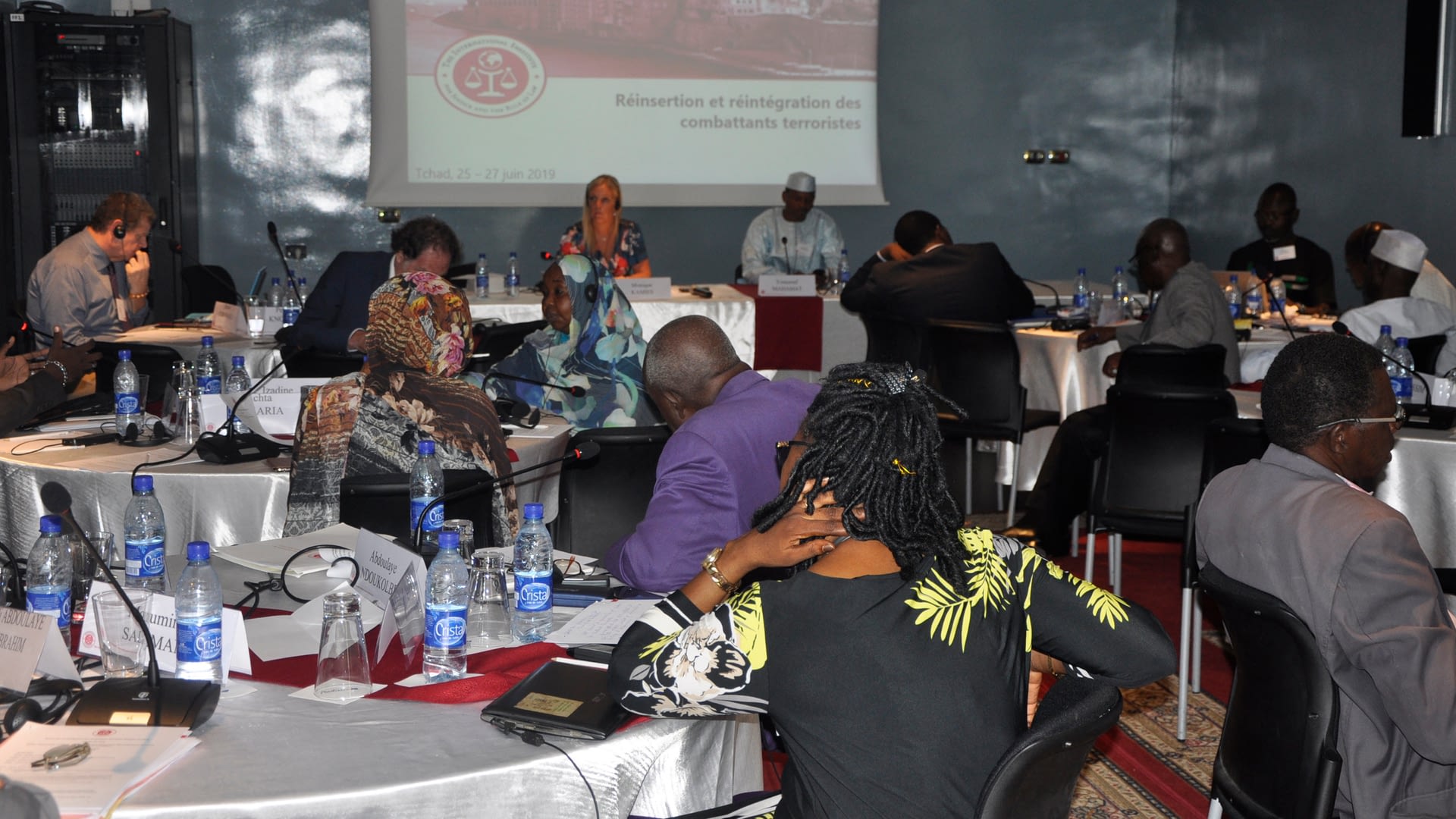 In June 2019, the IIJ convened a workshop in N’Djamena on Understanding and Effectively Addressing the Terrorist Fighter Phenomenon in Chad. The workshop brought together judges, prosecutors, investigators, corrections officers, social workers, psychologists and religious leaders from various organisations in Chad, along with national and international subject-matter experts. The practitioners shared expertise and experiences on rehabilitation and reintegration, as well as good practices on countering violent extremism (CVE) and amnesty policies.

During in-depth discussions and interactive group exercises, participants continued developing elements for an addendum to Chad’s National Countering Violent Extremism (CVE) Strategy aimed at addressing specifically the rehabilitation and reintegration of terrorist offenders. A working group was formed that will fine-tune the outcomes of the workshop and will draft the final version of the addendum, in cooperation with the IIJ.

The workshop in N’Djamena was convened under the IIJ Returning Foreign Terrorist Fighters (RFTFs) Initiative, and is part of a project – funded by the Government of the Netherlands – on rehabilitating and reintegrating terrorist offenders, with a specific focus on Chad and Mali. The project is implementing the recommendations articulated in the GCTF's Addendum to The Hague-Marrakech Memorandum on Good Practices for a More Effective Response to the FTF Phenomenon, with a focus on Returning FTFs. The workshop in N’Djamena was the third of four capacity-building workshops with Chad. Separately and concurrently, four capacity-building workshops are being held in Mali, the first of which took place in December 2018.